This data set was recorded at the Lugenberg near Wössingen. This site is near to a quarry where shelly limestone (Muschelkalk) is mined. In this quarry you can see that the shelly limestone is overlaid by a layer of loam with a thickness of 1-3 m. The seismic interpretation suggests a model with four homogeneous layers for the investigated site. The first very thin layer (approximately 20 cm) with very low seismic velocities is not very well constrained by the data. The second layer can be related to the loam and the third and fourth layer can be interpreted as differently weathered shelly limestone.

The data set was recorded with 72 vertical geophones and a hammer blow was used as a source. It was recorded and investigated by Zacharias Stelzer during his diploma thesis (Stelzer, Z., Acquisition and interpretation of surface waves for waveform inversion (written in german), diploma thesis in preparation, Karlsruhe).

A joint inversion of the whole wavefield spectra (including both body and surface waves) and the p wave arrival times was applied to this data set.

To obtain this data set or further information about it please contact Thomas Forbriger or contact Lisa Rehor. 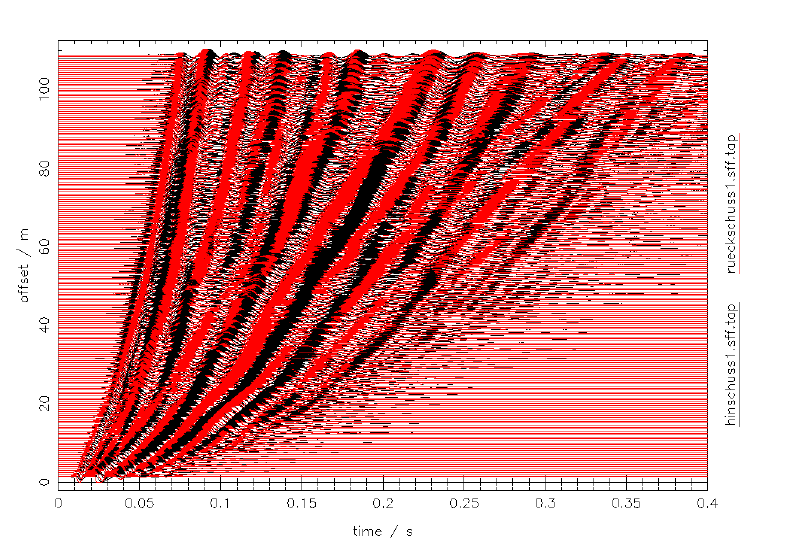 The following subsurface model was derived from the data set of the reverse shot. 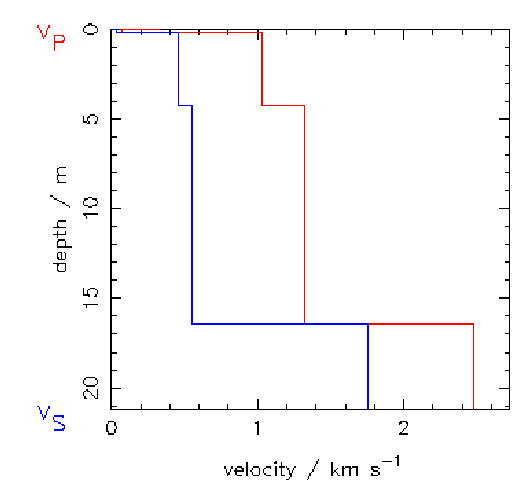