This data set was recorded in the Upper Rhine Graben at a gliding airfield in Rheinstetten near Karlsruhe. The subsurface consists of gravel and sand (fluviatile sediments). The seismic interpretation suggests that in approximately 5.5 m depth the ground-water table is met. Up to this depth a constant p wave velocity and a smoothly increasing s wave velocity are observed. The subsurface structure is 1D.

The shown data set was recorded and investigated by Zacharias Stelzer during his diploma thesis (Stelzer, Z., Acquisition and interpretation of surface waves for waveform inversion (written in german), diploma thesis in 2010, Karlsruhe).

The data set was recorded with 72 vertical geophones (4.5 Hz) and a hammer blow was used as a source.

A joint inversion of the whole wavefield spectra (including both body and surface waves) and the p wave arrival times was applied to this data set. Further the full waveform of the field data was modelled from the final model and the force-time function of the source was derived.

NOTICE:
As this area is a gliding airfield it is not always possible to measure there and so far no contact person is known there.

To obtain this data set or further information about it please contact Thomas Forbriger. 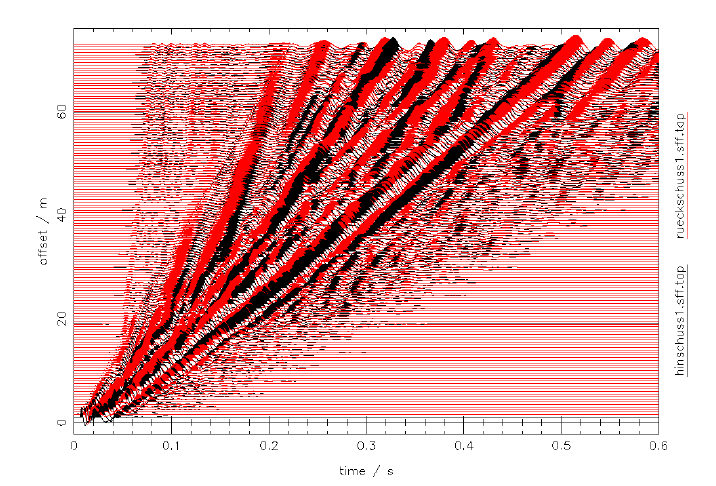 The following subsurface model was derived from the data set of the forward shot. 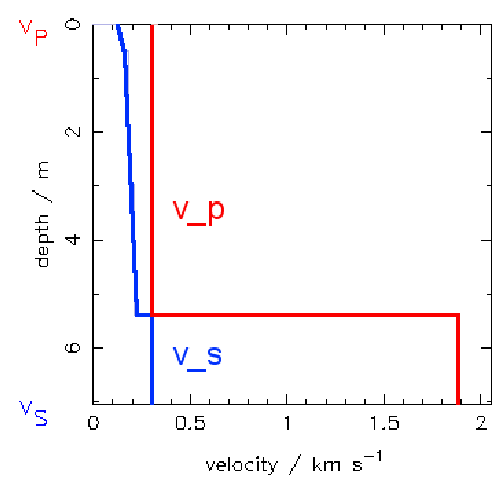